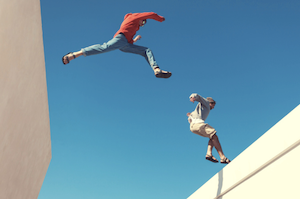 The Psychology of Adolescent Rebellion

As theorized by Erik Erikson, adolescence is a stage marked by the psychosocial crisis (period of exploration for alternatives) of “identity formation vs. identity confusion”. It is during this stage that adolescent is meant to explore who they are, what they want, and what they enjoy (Santrock, 2021) (p. 279). If the teenager is not allowed to explore this crisis in a positive and healthy manner and be allowed to establish their own sense of individuality, they experience “identity confusion”, or an unfulfilled sense of self, purpose, and identity. This experience of identity formation is characterized by the “separation-individuation” process of adolescence. In other words, as the adolescent begins to become more self-sufficient in their thinking and physical experience. They then begin the process of establishing their own individual identities and independence.

Teenagers tend to engage in a way of thinking called "egocentrism". Egocentrism in the teenage brain is described as a "heightened sense of self-consciousness” (Santrock, 2021) (p. 271). Elkind (1967) believed that egocentrism emerges in adolescents because, even though they are now capable of interpreting the thoughts of others, they are still unable to differentiate between the focus of the thoughts of others and their own concerns. They tend to mistake reality with their own imaginary interpretations of their experiences. (Lapsley, 1989). This way of thinking results in specific kinds of behavior. For example, most teenagers experience a sense of "imaginary audience", which is the belief that everyone around them is as interested in them as they are. They believe they are constantly on stage and that the world is watching them. This creates a desire to be noticed, unique, and visible - prompting attention-seeking behavior. It could even create a sense of anxiety stemming from a feeling of "always being watched or judged by others." Teenagers also experience an invincibility complex. Because the part of the brain (prefrontal cortex) responsible for decision making, impulse control and rational thought is not fully developed in adolescence, teenagers experience a lack of fear in regard to risk. They believe they are special in their invincibility to danger. They believe that what may harm others, cannot harm them.

It is also important to point out that this way of thinking is not a bad phenomenon. In fact, it serves as an extremely beneficial function of adolescence. The biological changes in the teenage brain push them into maximizing their experience of the world, allowing them to understand their own individual interests and identities. There is a heightened sensitivity to the experience of rewards. There is lower awareness of consequences and risks. This allows for a greater sense of adventure, exploration, and establishment of self and identity.  The newfound sense of independence and the seeking of personal interests allow the teenager to grow into their own individual identity, outside of just the identity shaped by their parents (Galanaki & Chritopoulos, 2011)

ABOUT THE AUTHOR
Manya is an Intern at Agape House. She is pursuing a double major in psychology and theatre as well as a minor in education at Chapman University. After graduation, she plans to get licensed in Marriage and Family Therapy and work closely with children and relationship counseling. Her hobbies include acting, reading, cooking, and physical activity.